Writing with a Plan 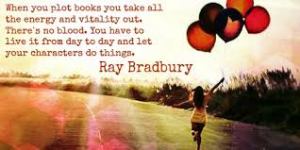 When I first began NaNoWriMo two years ago I pantsed it. My work is completely character driven. I put her in what I now know is more or less a hero’s journey, only she was definitely not what most people would think of as a candidate for heroism. She was the unlikely hero who fell into a situation and did what she felt she had to do, what was the right thing to do, and though it got her into trouble and put her in danger the likes of which she had no idea of how to get out of, she managed through it, just barely. 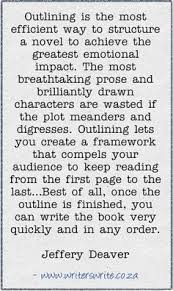 IN real life that’s what hero’s do. They don’t walk 6 miles like the Doctor in Atlanta did to save his patient in order to be a hero, they do it because it’s what they feel is right–they do what they need to do. But midway through, (sagging middle syndrome) I began to flail about like a fish out of water. I had no plan. I was writing from my gut and the heart of my story was great, but I got stuck because what I wanted my character to do and what my character wanted to do weren’t the same. I was following the character, but without a plan I lost control of the book/situation.

After 3 NaNo’s under my belt, I’ve realized I am one of those cross breeds as a writer. I am both a pantster and a plotter. I guess that makes me a puzzler or a plantster. I don’t let the outline (which is often just a basic 3 act structure outline) rule me. I tend to write off the cuff, adlib, stray from the main course, follow the path less traveled too much to be considered a plotter, but I do my research, I brainstorm. I narrow down my plot, subplot, character sketches, and I write down a few ideas for each act and some of the chapters. The most in depth thing that I do now, versus when I was pantsing, is that I get to know my characters. I use Scrivener and that makes it so much easier. I use actual character sketches, and the corkboard for pictures and create a synopsis of each character comes up or the picture comes up. (My only problem with Scrivener is that the Windows version isn’t as detailed as the Mac version. There are things Mac users can do with Scrivener that Windows users can’t. Right now I can’t afford a Mac, if I could I’d get one.) 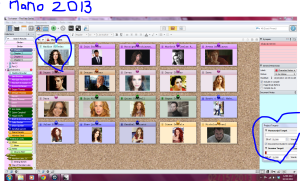 Character Outline on the Corkboard in Scrivener.

One of the most helpful aids I’ve found for my writings is Caroline Norrington’s template for outlining with Scrivener. You really should check it out her blog post Scrivener Template. (And the template if you use Scrivener.)  It’s absolutely amazing!!!!

Now that I’ve finally got my laptop up and running, (a new power cord, battery, and a D-Link USB adapter), I downloaded the template and imported into Scrivener so that I can use it while I’m out on the road for the next month with my husband. If you haven’t read any of my previous posts I’ll clue you in, if you have sorry for being redundant-he’s an over the road (OTR) truck driver. I went out on the road with him for a week last month. Now I’m about to go out on the road with him for a month. We’ll be home on weekends, but I’m cannot “not” write for long periods of time, so I managed to fix my laptop all by myself. A friend of ours who fixes computers kept saying it was the port that the power cord goes into but I know my computers and it was the cord. It was bent and every time you moved slightly the blue light went off and you you lost power. The battery was shot, that’s one of my major problems with HPs is that they tend to run hot and their batteries don’t last long. When I get a new laptop it will not be another HP. 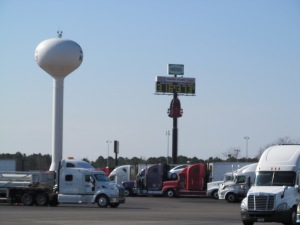 Once the storm let up and our power came back on I began preparing for my trip OTR with my Sweetheart Mr. Rockstar/Truck Driver.

I’m drinking my coffee now and once I’m finished with the blog post I’ll be working on the research for my book.  Then I’ll head to Michaels to pick up my new Smash Book. I’m so excited about going out on the road with my husband for a month. I keep thinking of Kerouac. I am charging the batteries for my camera. Oops, I need to stop by Walmart and pick up a new memory card. Guess my list just got longer. 😉

Have a great day! Happy Writing! Reading! and Life!!!